Spices have been around since the beginning of time. They were among the most valuable items of trade during ancient and medieval times.  Spices were used by Egyptians to flavor foods and food preservatives. They were also used in cosmetics and embalming.  As people began traveling, the use of spice spread from east to west.  Spices were as valuable as gold during the Middle Ages, which helped drive the world economy.

Spices and herbs were used to replace traditional teas when tea became unpatriotic in Colonial America. Hippocrates viewed as the father of Western Medicine, prescribed garlic to treat a variety of medical conditions. Many of the health effects were recently confirmed by modern science.

Garlic supplements are known to boost the immune system. One study showed that a daily garlic supplement reduced the number of colds by 63%. Although one review concluded that the evidence was insufficient and more research was needed. I have proof that it does work. Three cloves of garlic in a cup of hot water. Drink three to four times daily get rid of your sore throat. Bear in mind that our bodies are different and it may work for one person and not another. Therefore if it does not work in your case does not necessarily mean it’s ineffective.

High Blood Pressure generally leads to cardiovascular diseases like heart attacks and strokes which are the world’s biggest killers. Studies have shown that garlic supplements have a significant impact on reducing high blood pressure. 600 -1,500 mg of aged garlic extract was just as effective as the drug Atenolol in reducing blood pressure over a 24-week period. 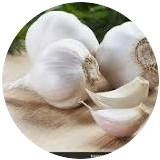 Coriander or cilantro has multiple health benefits.  It’s a great source of dietary fiber, manganese, iron, and magnesium.  The leaves are rich in Vitamin C, Vitamin K, and protein.  They also contain small amounts of calcium, phosphorous, potassium, thiamin, niacin, and carotene.  Although it has numerous health benefits, it isn’t good for everyone with kidney problems.  Due to its high potassium and high phosphorus content. In that case, before adding or eliminating coriander from the diet of someone with kidney disease, consult a doctor. 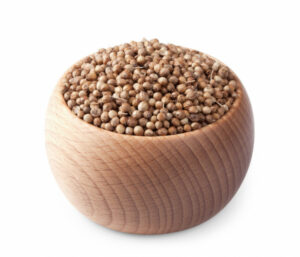 The Benefits of Cumin:

Cumin is a leafy plant that grows from the ground in China, the Middle East, the Mediterranean region, and the West Indies. The fruit of the plant is popular all over the world as a spice. Research has shown that it has a variety of health benefits including digestion, immune system, and circulation. Some benefits of cumin can be demonstrated with clinical studies, while some remain difficult to prove.

The Benefits of Cardamom:

Cardamom is an herb in which seeds are used to make medicine.

Although cardamom is used for the above ailments, there’s not sufficient evidence to prove its effectiveness. It’s used as a spice in many parts of the world. 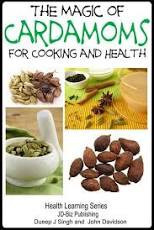 On the whole, spices are concentrated sources of antioxidants according to Diane Vizthum, M.S., R.D., who is a research nutritionist for Johns Hopkins University School of Medicine. There are approximately more than 100 common spices used in cooking around the world.      Many of which are used for their therapeutic properties. 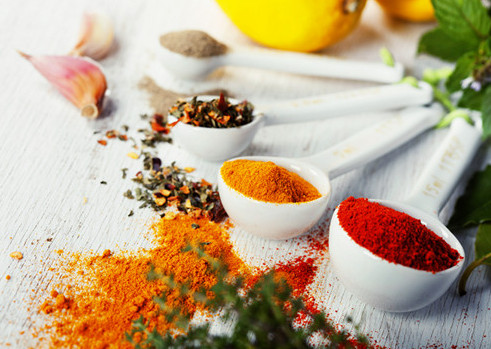 This spice is used mostly in Indian curry dishes. One of its components is a substance called curcumin. Research suggests that it may reduce inflammation in the brain which has been linked to Alzheimer’s disease and depression. In a study of adults, over 50 of those who consumed curcumin supplements had improvement in memory test scores. The brain scans indicated significantly fewer markers associated with cognitive decline. It’s also effective in reducing pain and swelling in people with arthritis. Animal studies indicate curcumin could have powerful anti-cancer properties.

Healthiest Ways to Use Spices

Frying or grilling food with spices decreases the antioxidants. But microwave cooking, simmering, or stewing foods with spices actually heightens the antioxidant levels of spices.  Commercial supplements aren’t strictly regulated,  meaning that you can’t be certain what the pills actually contain.  Certain third-party organizations do testing to verify the quality and contents of supplements.  If you’re thinking about taking a supplement. talk to your doctor or dietitian about what form and amount are right for you.